Who hasn’t heard of Victoria’s Secret? Over the years, the major lingerie brand has grown in popularity thanks to its out-of-the-box branding and over-the-top fashion shows. Each year, the most exquisite models would walk the runway and put on one of the most iconic fashion shows. In fact, it’s become a huge yearly event in the fashion industry. Nowadays, every model’s dream is to walk Victoria’s Secret runway. However, only the best of the best are chosen. So, who didn’t make the cut? 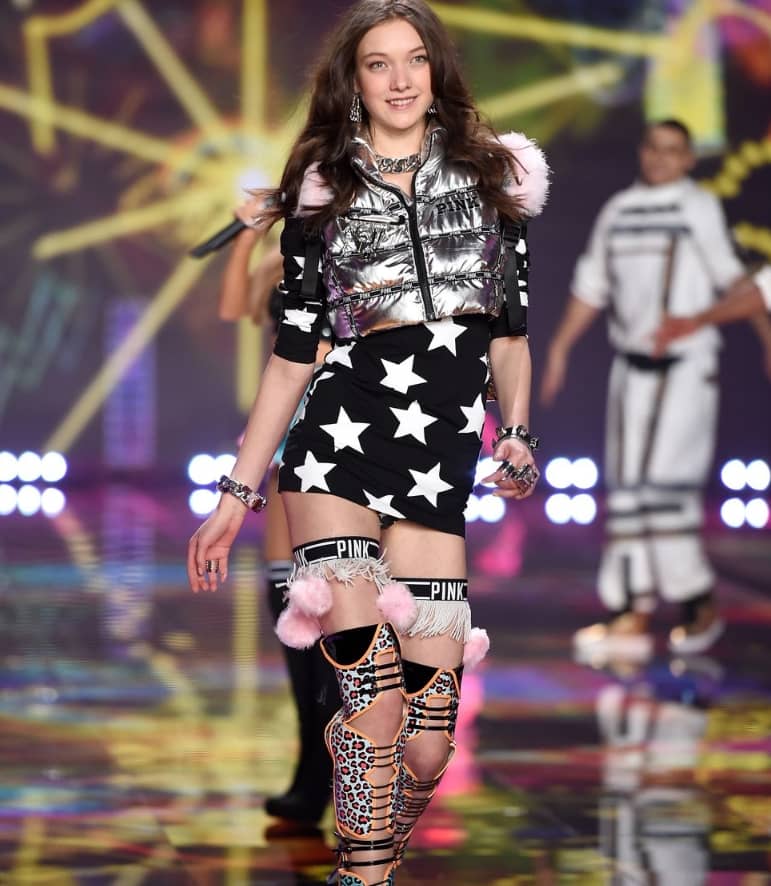 Just because you’ve walked the show in the past does not guarantee that you’ll be back next year. There are plenty of models who try out for the show on a yearly basis but only make it in once or twice. Yumi is one of those models. She walked the show twice, in 2014 and 2015. 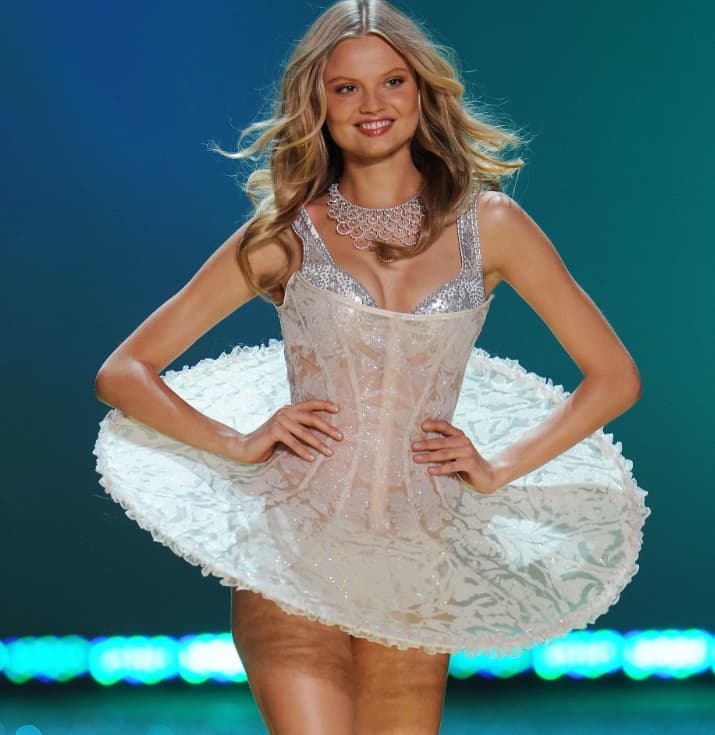 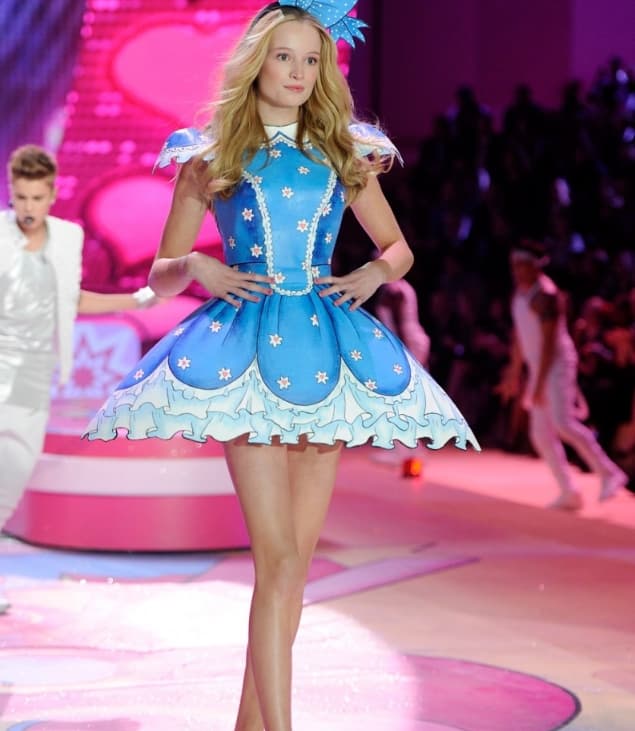 This Dutch model has been seen on Victoria’s Secret runway three times so far: in 2012, 2014, and 2015. However, she hasn’t appeared on the sparkly runway since 2015. We wonder if she tried out again or moved on to other gigs. 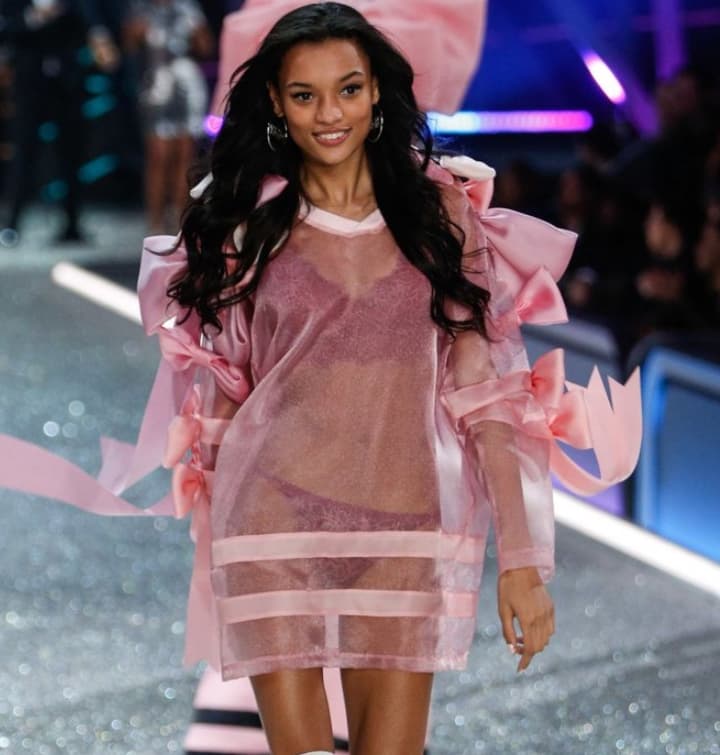 The Belgian fashion model made her Victoria’s Secret debut back in 2015 and walked in the iconic show. However, she hasn’t been back on the glittery runway since. Could it be her choice or did she apply and get turned down? 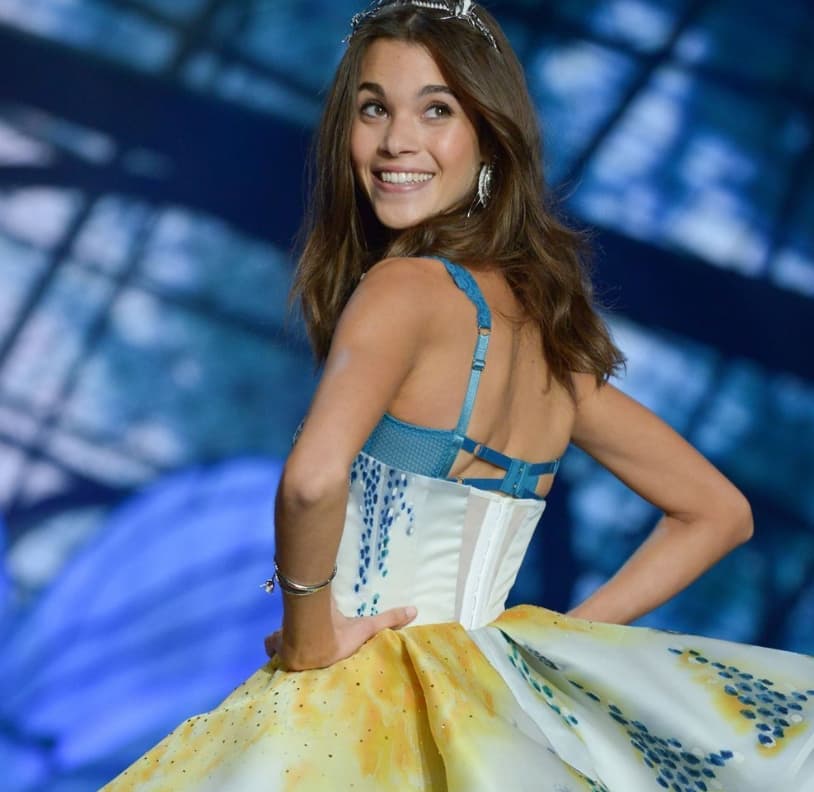 Here we have another incredible model who was only seen on Victoria’s Secret runway once, in 2015. The French model has accomplished many things throughout her successful career. She has advertised for many major brands like Armani Exchange, Jasin Wu, and Ralph Lauren. 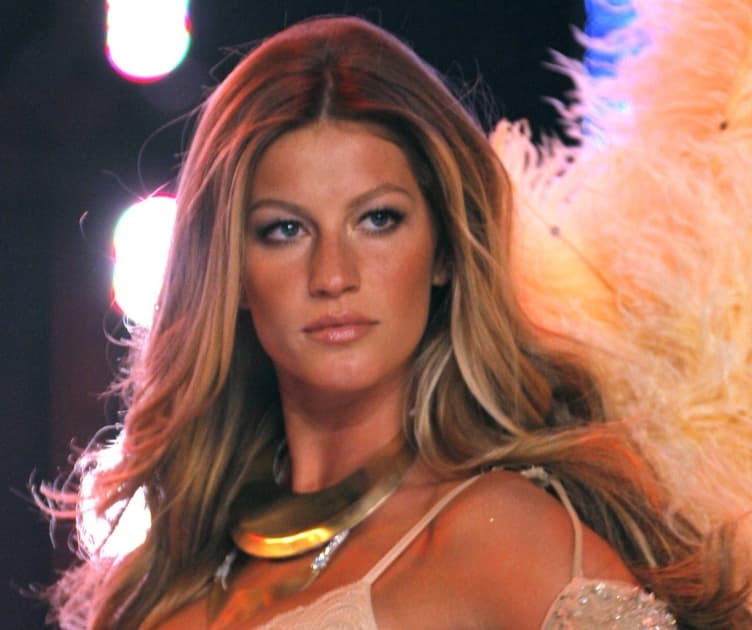 While she had retired from Victoria’s Secret back in 2007, she kept walking the runway for another eight years. Despite working with the brand for a while, when they offered Gisele a two-year contract extension, she felt the need to say no.

Why? Bündchen decided to listen to her “inner voice” and ultimately decided it was time to say goodbye to the lingerie brand. 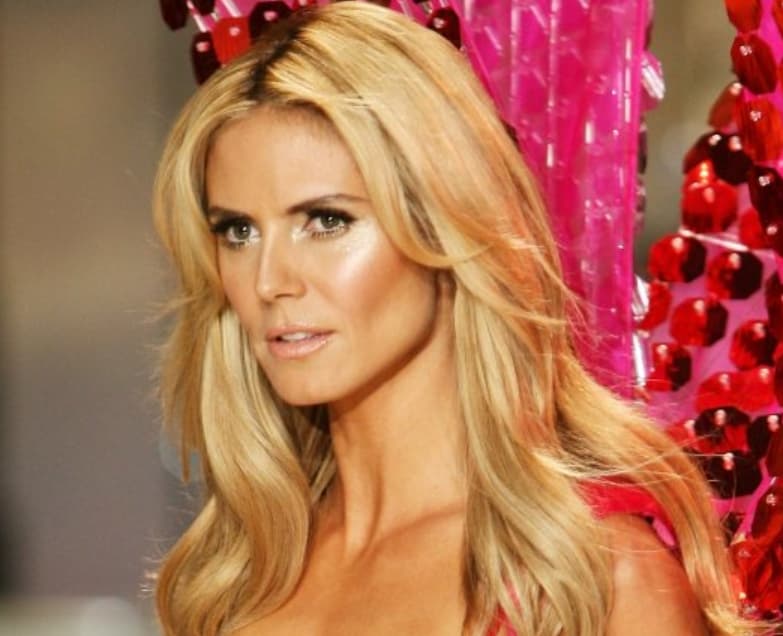 At age 37, Heidi Klum made the decision to leave Victoria’s Secret. When asked about it, she said: “All good things have to come to an end”. While she was with the brand for over a decade before leaving, she left during its heyday.

All the same, she’s mentioned that she has no regrets. “I worked with the company for over 14 years and we were an absolutely amazing family, but it was time for me to move on.” 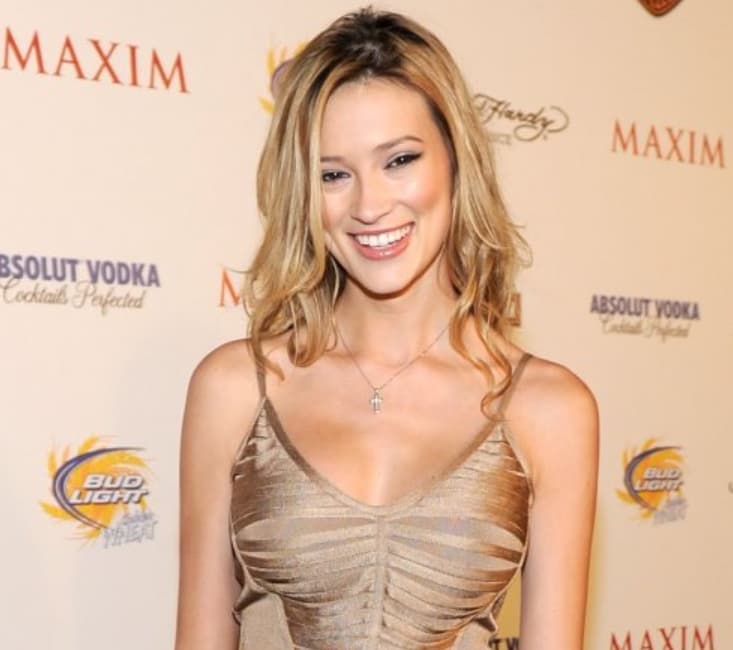 Just a year after Heidi Klum made her departure, another Angel – Kylie Bisutti – decided to leave her wings behind. However, her reason for leaving was different from Heidi’s. “I was being paid to strip down and pose provocatively to titillate men,” Bisutti said to the New York Post. “It wasn’t about modeling clothes anymore; I felt like a piece of meat.”

Kylie came to this realization after a photographer encouraged her to pose in a way that made her uncomfortable. 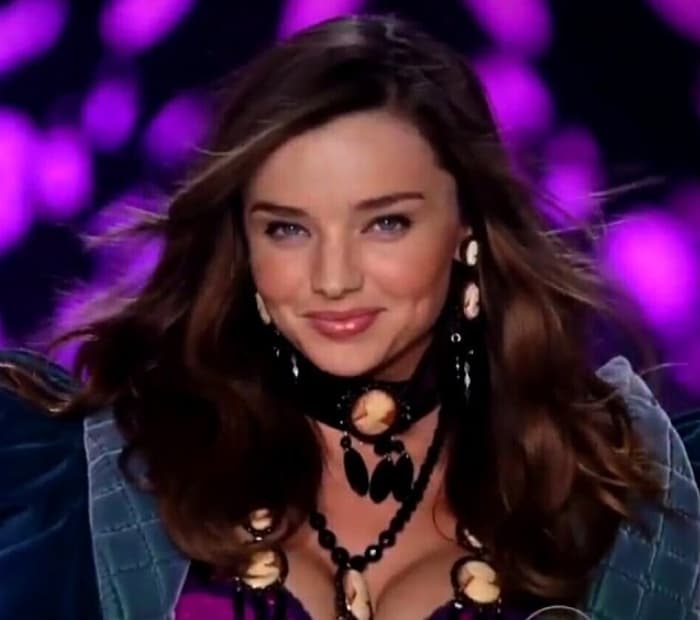 In 2013, Miranda Kerr decided to say goodbye to Victoria’s Secret. According to her, she had been the one to decide to leave. “This is a natural evolution,” she said. “The thing is, I’ve been modeling since I was 13. I’m now entering a new phase in my life. I have felt this coming since my son was born and, after I became a mother, I realized I needed to prioritize my time.” 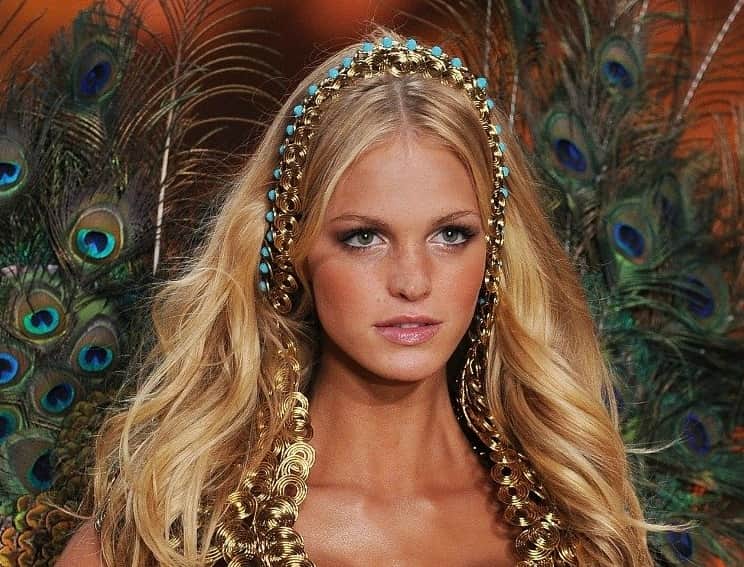 When Erin walked the runway at the 2013 Victoria’s Secret Fashion Show, no one was aware that it was her last one. Not long after starring in the show, she severed ties with the company. It wasn’t until three years later that she explained why she left.

“My last two Victoria’s Secret shows, I was told I had to lose weight,” she admitted. “I look back like, ‘Really?'” She said she had been focused on eating healthy and exercising several times a day, but it wasn’t enough. I was really depressed because I was working so hard and I felt like my body was resisting me. And I got to a point where one night I got home from a workout and I remember staring at my food and thinking maybe I should just not eat.” 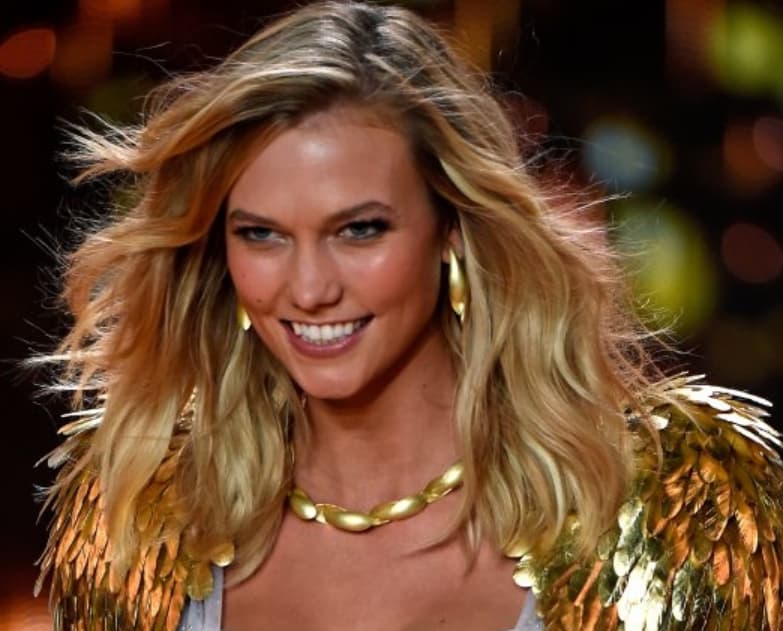 When she left Victoria’s Secret in 2015, Karlie’s fans thought it was so she could focus on her studies. It was true, to an extent. It wasn’t until 2019 that Karlie explained the whole story when talking to British Vogue. “The reason I decided to stop working with Victoria’s Secret,” she said, “was I didn’t feel it was an image that was truly reflective of who I am and the kind of message I want to send to young women around the world about what it means to be beautiful.” 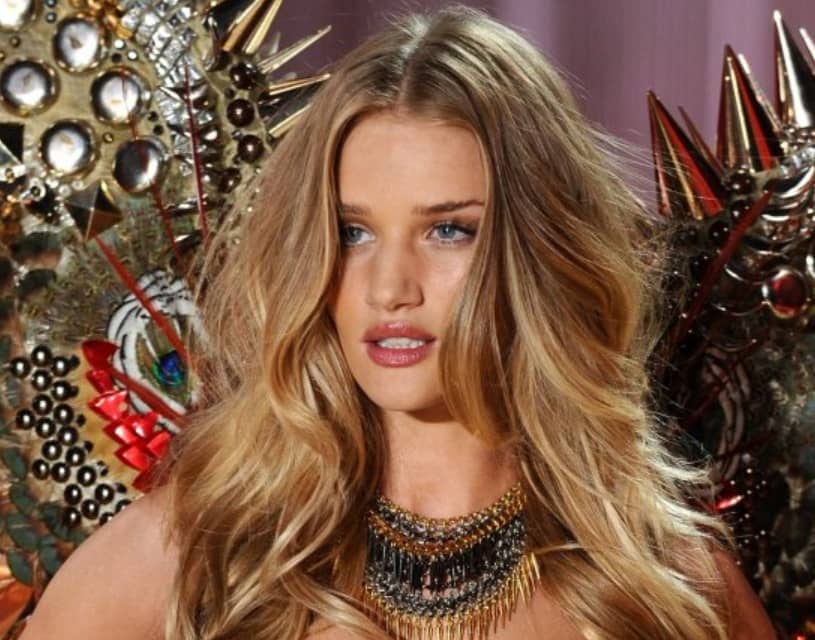 When she was 31 years old, Rosie said in an interview, “I’ve always been so aware that modeling is perhaps going to have a very short shelf life. I remember one of my first-ever agents saying to me, ‘You know, you better save your money because you’ll be done by the time you’re 27.'”

While she thinks modeling can have a limited shelf-life, she feels that can be avoided if “you build out something for yourself.” For that reason, she decided to leave the lingerie brand back in 2015 and start her own business. 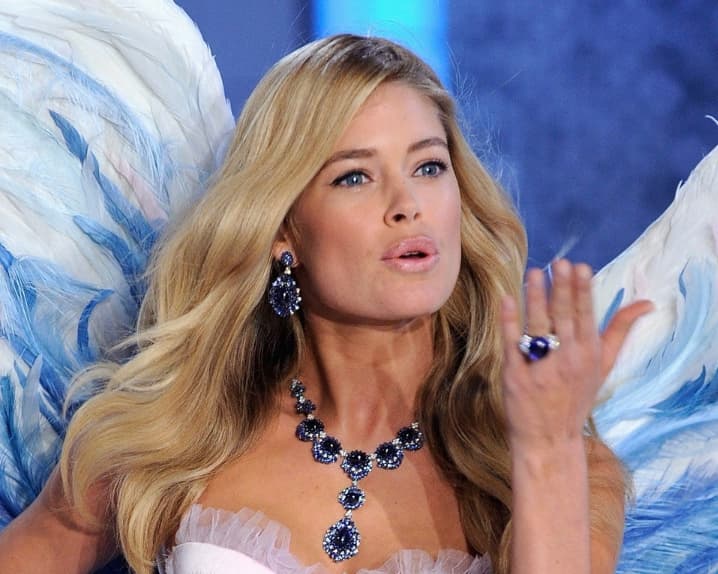 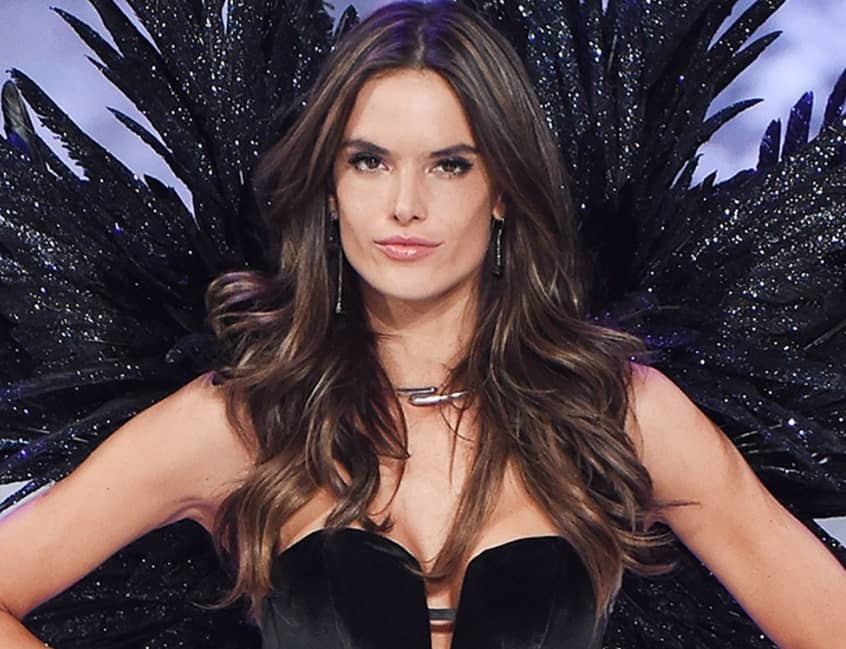 After her 17th Victoria’s Secret show in 2017, it was said that the Angel would be retiring. When asked if the rumors were true, Alessandra said, “I don’t know. I can’t even believe that I’m here still.” She continued, saying, “Never in my life would I dream of doing 17 shows…”

While she never confirmed or denied the rumors, she later announced her retirement on her Instagram. “Words cannot describe how grateful I am to have been working for this amazing brand that inspires me and women all over the world”. 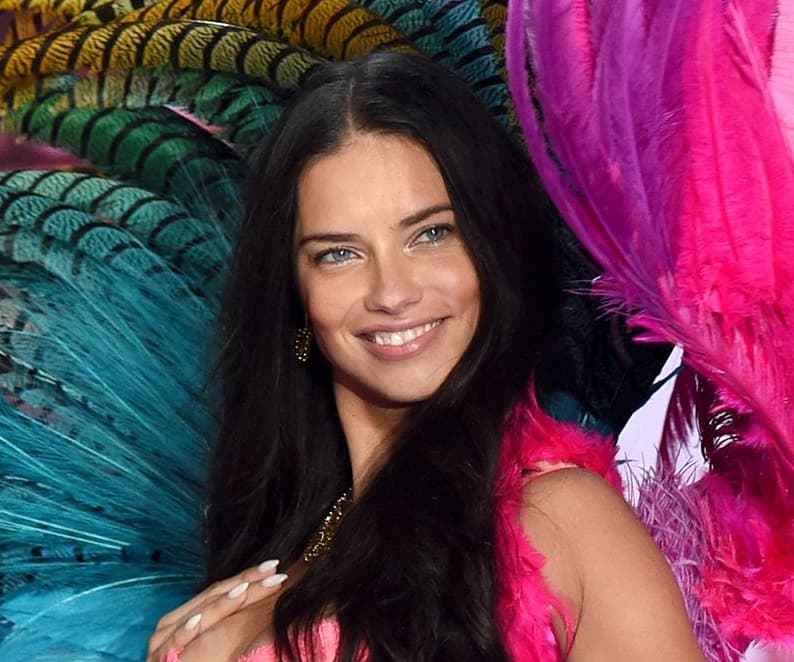 Adriana’s departure from the lingerie brand was an emotional one. It’s not often that you see an Angel shedding tears on the catwalk. Lima got a standing ovation from fans during her final runway walk in 2018.

“Dear Victoria,” Lima wrote on her Instagram, “Thank you for showing me the world, sharing your secrets, and most importantly not just giving me wings but teaching me to fly.” After modeling for Victoria’s Secret for almost two decades, her decision to leave was a surprise to everyone. 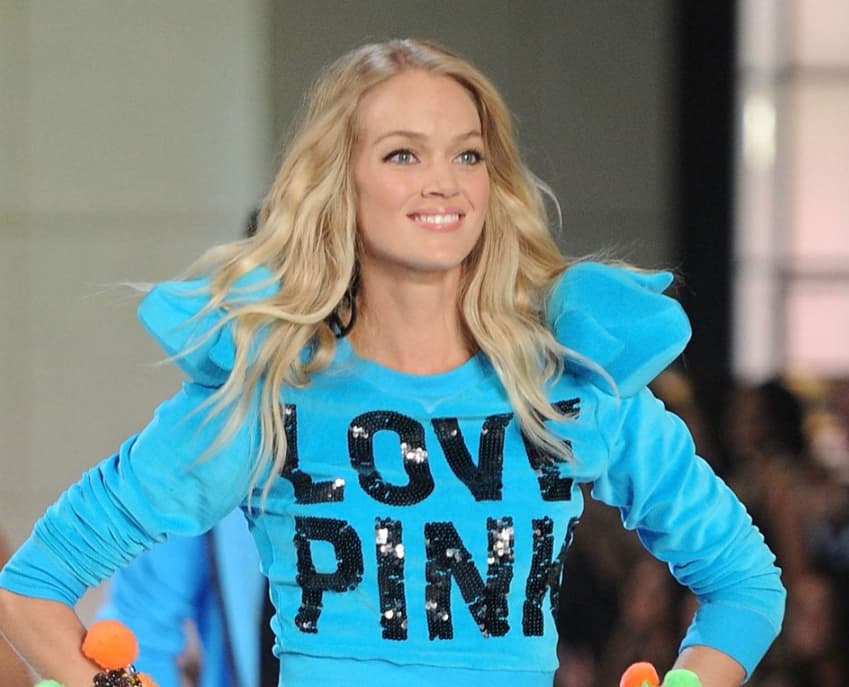 Lindsay first walked the catwalk as an Angel back in 2011 and stayed with the lingerie brand until 2014 when she called it quits. After leaving Victoria’s Secret, Ellingson went on to co-found the cruelty-free cosmetics brand, Wander Beauty, and she is currently the brand’s creative director. 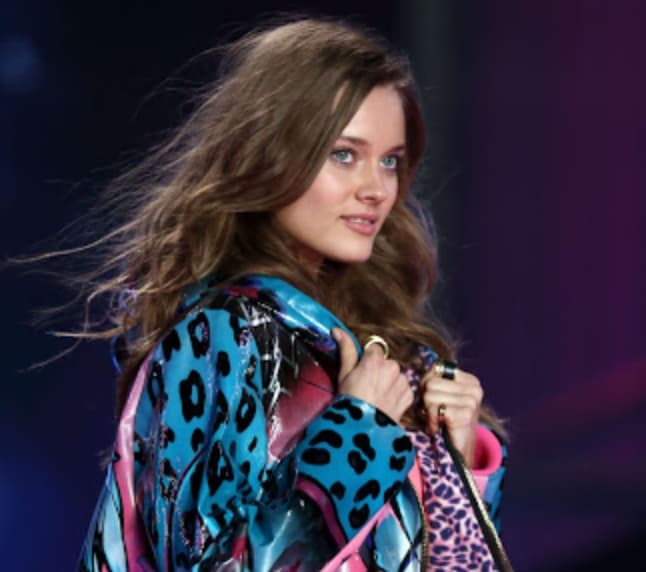 First walking Victoria’s Secret show in 2013, Jac became an Angel in 2015. Her first year as an Angel also happened to be her last with the lingerie company. While she left the brand, Jagaciak continues to model, recently appearing on the cover of Harper’s Bazaar Germany. 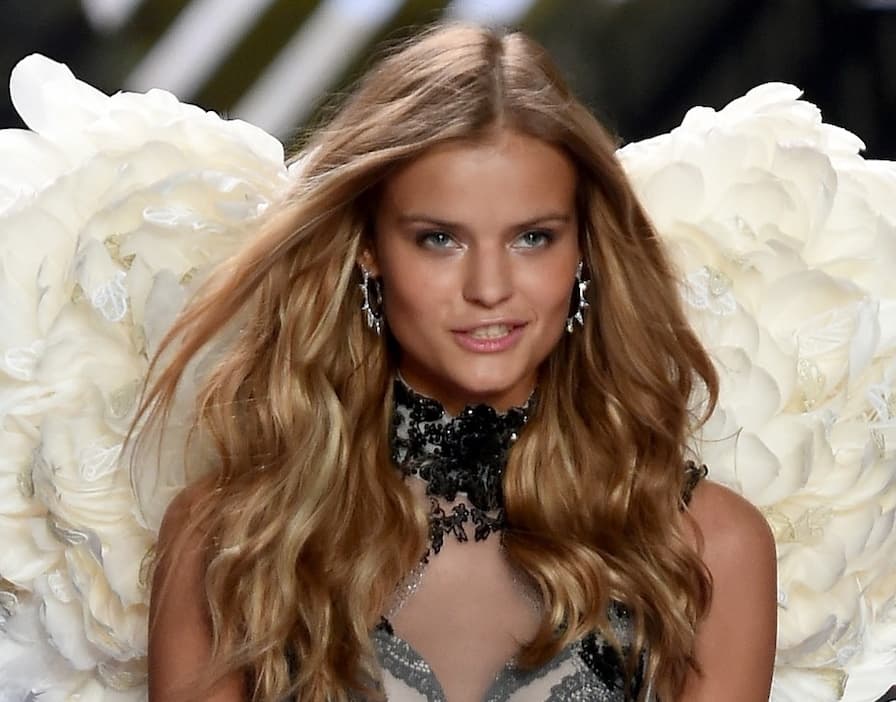 Kate Grigorieva served as a Victoria’s Secret Angel from 2015 to 2016. The reason she left the lingerie giant is still unknown, but she doesn’t let it slow her down at all. She’s still modeling to this day, updating her latest looks on her Instagram page. 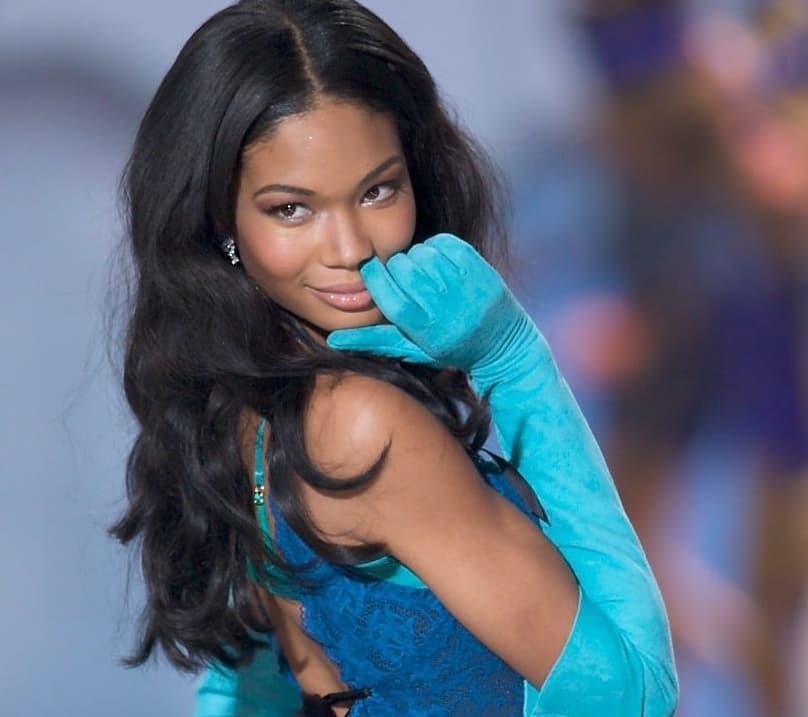 Chanel first walked for Victoria’s Secret in 2009, and she then earned her Angel wings in 2010. In 2011, she walked her last show for the brand. After that, Iman went on to pursue different acting roles. 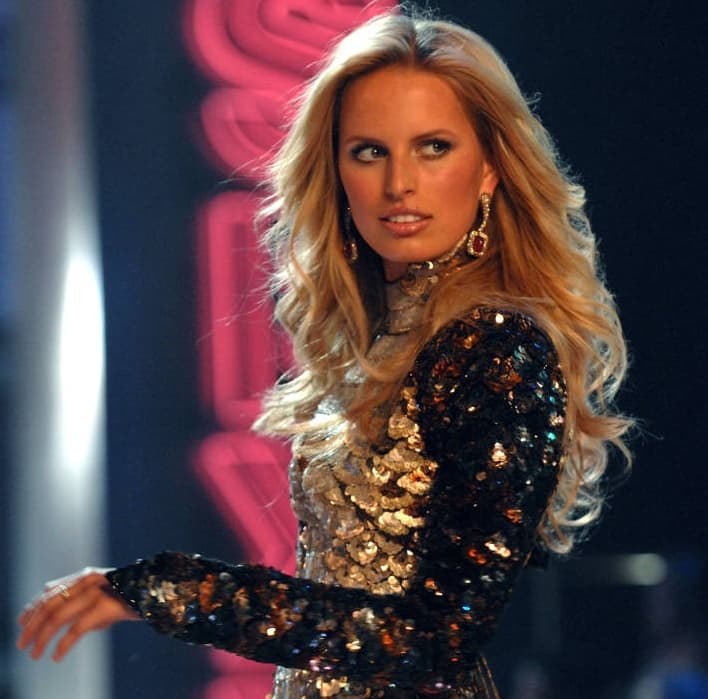 Karolína joined Victoria’s Secret family in 2000, but stayed in the brand for a decade, walking her last show in 2010. While that chapter of her life ended, she’s gone on to model for other companies.

On top of that, she co-founded a children’s wellness company named Gryph and Ivyrose. 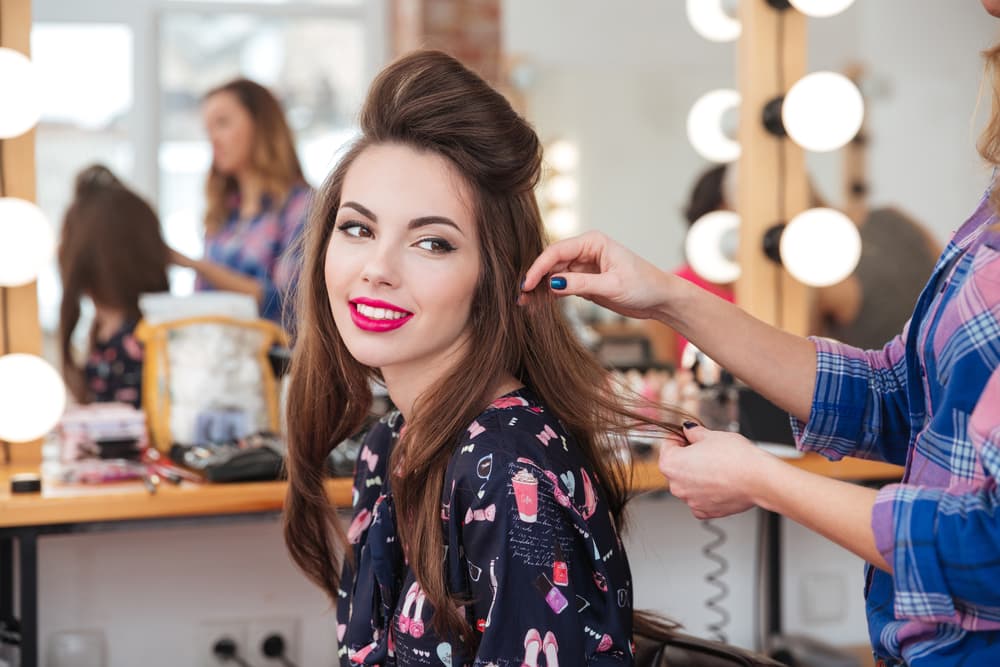 How Often Should You Be Cutting Your Hair?

Some people tend to get haircuts pretty often while others simply have no idea how often they should be doing the same. Maybe you’re trying to… 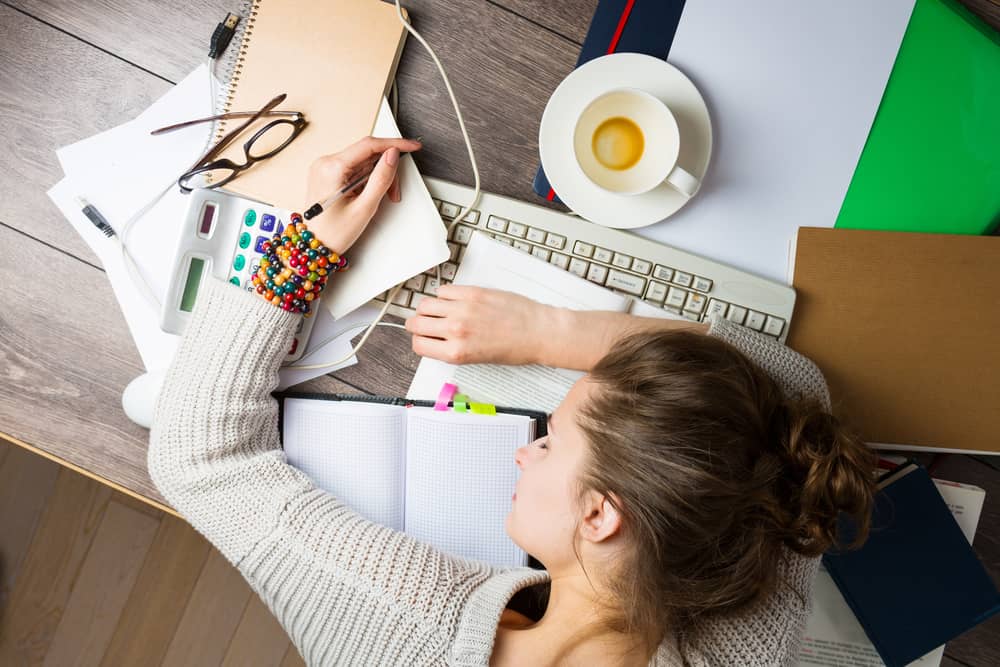 We’ve all had times when we feel like no matter what, we lack the motivation to get things done. Even if those are things we genuinely…